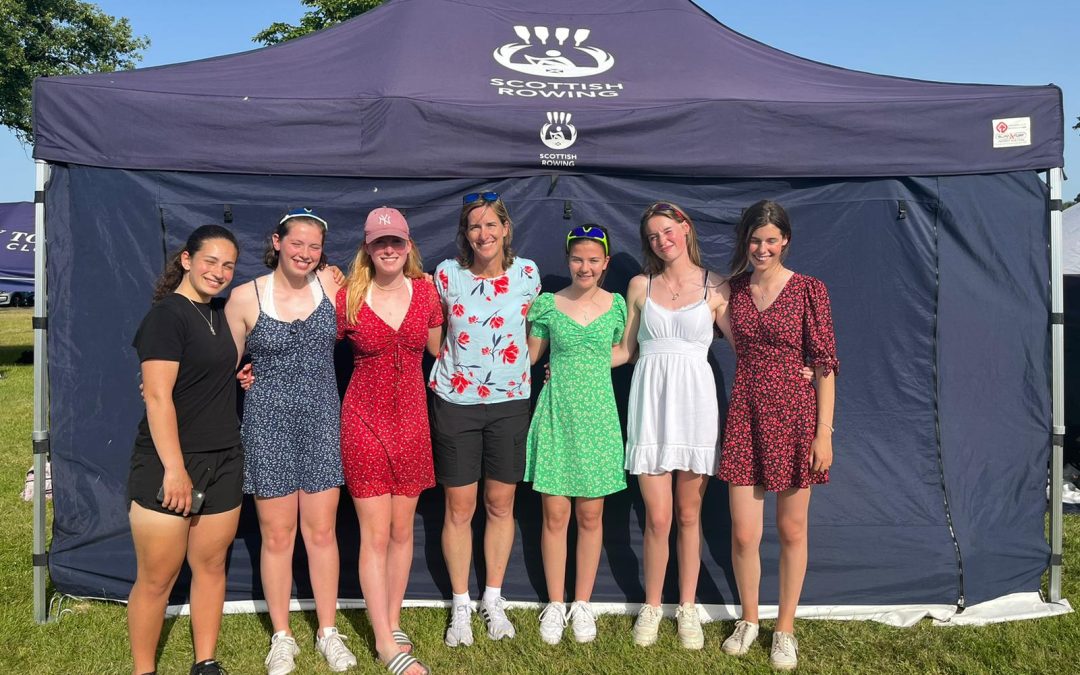 This month, the Club made the trip south for Henley Women’s Regatta and Marlow Regatta.

At Marlow, our Juniors J18 Boys won silver – a truly outstanding result in a highly competitive field, and one that saw them prequalify for Henley Royal.

Our Men’s VII also prequalified for HRR – making the the first Scottish Club 8 to contest the Thames Challenge Cup in over two decades.

While the men and Junior Boys were competing at Marlow, our Junior Girls Darcy and Phoebe were out in force at Henley Women’s Regatta, in Scottish composite boats.
Both raced very well, with Phoebe’s boat making the final.