At St Andrew Boat Club we are proud to offer rowing for all – that is, any level from any age beginner, Junior squad, through to experienced competitive squads as well as recreational seniors and masters rowing. So no matter your experience we have a squad for you.

Our Senior Squads are for anyone over the age of 18, whether you have rowed for years or are just getting going. The squad is made up of three groups. Each squad has their own training sessions and there are pathways between each.

The rowing season typically starts in September with long distance water based training, underpinned by land training in the gym, on rowing ergometers and for circuit training. A land training programme is published monthly for all athletes to follow according to their level.

The Senior Women and Men’s Squads welcome experienced and competitive oarsmen and oarswomen. The Club’s policy of placing high quality coaching at the centre of all rowing activities makes it especially attractive to athletes who want to compete to the best of their ability. If you wish to be considered for all classes of rowing or sculling up to Henley or National Rowing Championships or for National Squad selection you will be well supported at SABC.

The squads train up to 7 days a week with training consisting of group ergs, outing on the canal in Edinburgh and trips across to Strathclyde Park. Regular assessments are conducted as the squad is prepared for long distance events leading up to the Tideway Head in March. After the Tideway attention is re-focussed on the Regatta season with a series of major commitments leading up to Henley and the National Championships.

In recent years the squad has retained the small club pennant at WeHoRR (Women’s Eights Head of River Race) and triumphed at Henley Masters Regatta along with medals at the Scottish Rowing Championships and World Rowing Masters Championships, as well as victories at major summer regattas.

The Mixed Masters Squad is aimed at those over the age of 27 (A master in the rowing world) who are keen to compete but can not necessarily commit to the same intensity of training as the Senior Women/Men’s Squads.

The squad trains together regularly including group ergs, circuits and outings on the canal in Edinburgh. Throughout the season the squad competes at selected races across the country.

The Rec Squad SABC is made up of rowers who wish to row for enjoyment as well as improving their technique and skill set or more experienced rowers who cannot commit to training required for the other squads. The squad rows twice a week on Sunday mornings and Monday evenings with each session lasting about 90 minutes. There are also gym sessions organised which are optional. Rowers seeking to gain experience and fitness with the goal of stepping up to the other squads are also welcome in this group.

We welcome new members who ideally have some previous rowing experience to join our expanding group. Don’t worry if you have no experience as tuition will be provided and the club plans to run several beginners’ courses during the year.

Want to join the SABC senior squad this year? Drop our vice captains an email:

SABC is a highly successful and major centre for junior rowing in the East of Scotland. Membership numbers around 40 ranging from 12 – 18 years. SABC Juniors have consistently won medals at national competitions as well as representing their country at Home International Regatta, on a regular basis.

In order to make the best use of our equipment and training slots, the juniors are divided into four groups, which are:

Learners – have started rowing relatively recently and are still getting to grips with the technical side of rowing. The Learners train once or twice  (depending on the time of year) on the water and once on land each week.

Developers – have sufficient experience and technical competence to train more regularly and to start racing. The developers do up to three water and two land sessions each week.

Transition – athletes who are showing the intent and progress to become serious competitors. Can do up to four supervised water and three land sessions each week.

Aspirants – rowers who have a realistic chance of competing for Scotland or GB in the current season.

Junior Learn To Row courses are offered to new rowers and are held approximately twice a year. Experienced rowers may be offered a place in the squad depending on experience. We generally have a waiting list running due to the popularity of the club.

The rowing season typically starts in September with long distance water based training, underpinned by land training in the gym, on rowing ergometers and for circuit training.

All athletes are supported by a team of qualified and very experienced voluntary coaches.

St Andrew Boat Club welcomes those who are completely new to rowing, prior to becoming a member, by offering a ‘learn to row’ programme at various times during the year, for both senior and junior levels. The course usually runs over a number of weekend afternoons both on, and off the water and attracts great interest and positive feedback. We charge a small fee to cover boat maintenance and general overheads.

The aim of Learn to Row is to get you out on the water as much as possible. The course, which is endorsed by Scottish Rowing/British Rowing, covers:

To find out more, please contact the LTR Coordinator:

Email the Learn to Row Coordinator

Coxing is an important part of the rowing club and anyone with coxing skills is always in high demand! The cox is responsible for the crew on the water, keeping a good lookout, steering the boat and issuing commands to the crew.

All SABC squads require competent and enthusiastic coxes for steering larger boats – fours/quads on the canal and eights at Strathclyde Park. The responsibilities of a cox are outlined below:

If you require more information and wish to arrange a club visit please contact: 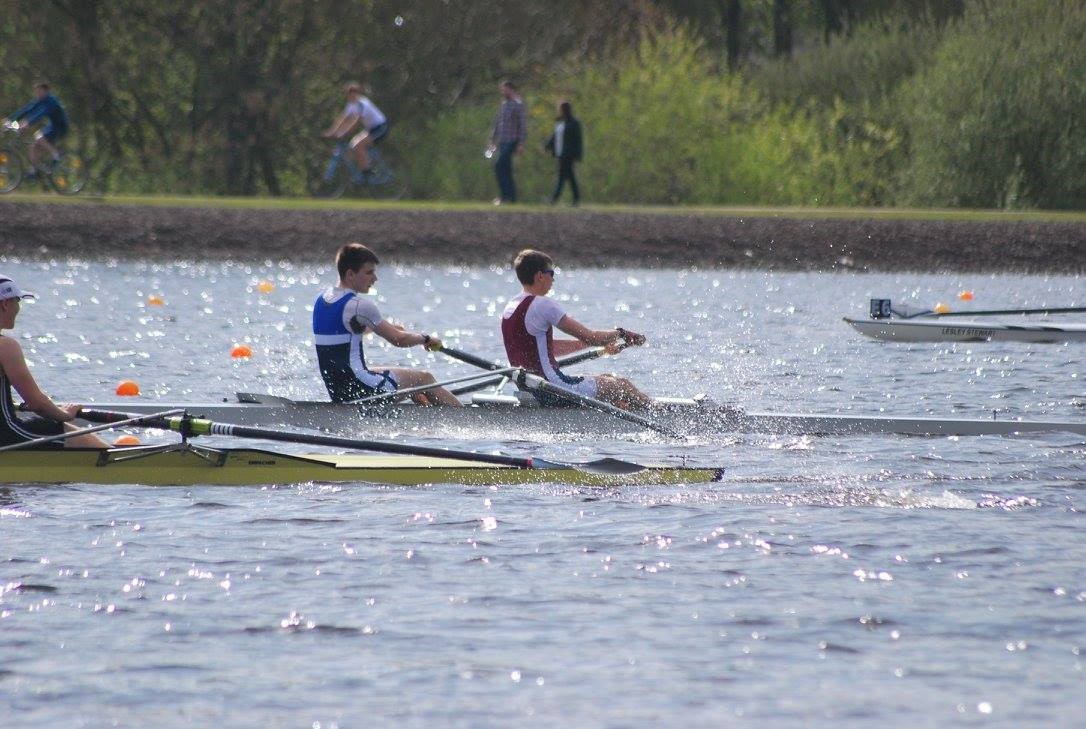