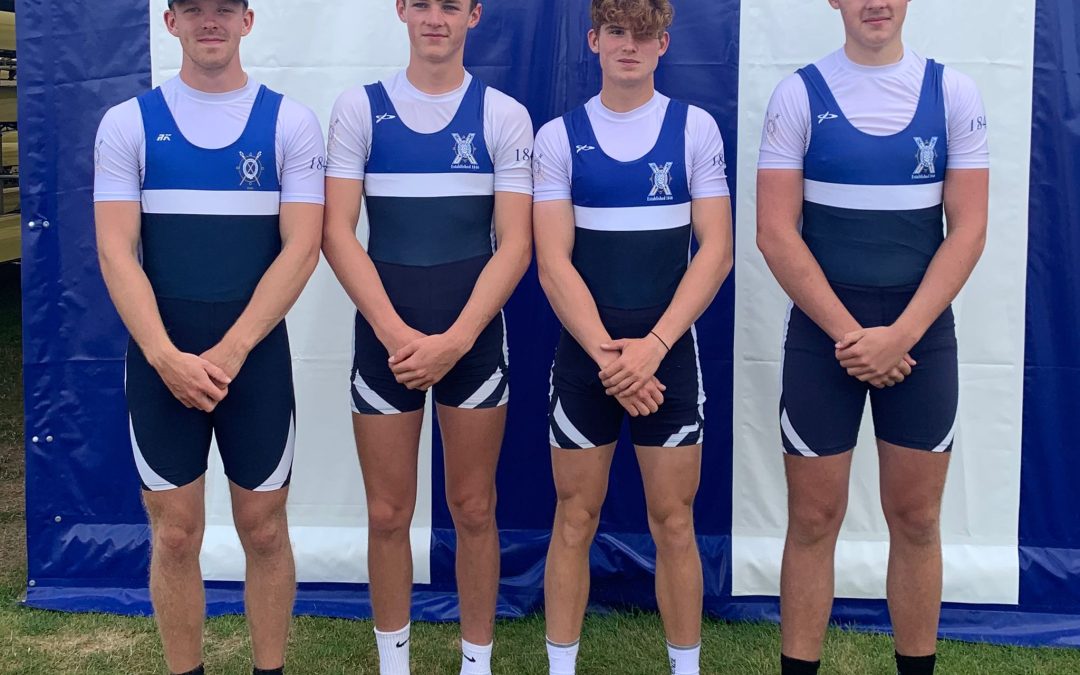 The boys lost out in that race to an exceptional crew from Windsor Boys’ School – the crew that went on to win the final later – but the whole club is proud of the way they raced and the work they put in to get this far.

Well done also to our men’s crew, who pre-qualified for HRR, making them the first Scottish club in the Thames Challenge in 25 years. Despite a very gutsy row, they were beaten by St Catherines Rowing Club, Canada.
Our Fawley B crew also raced well at qualifiers, only narrowly missing out.
Congratulations to everyone involved.